Everyone here at Chigwell Group has been keen to help those affected by the recent crisis in Ukraine, so our team looked to see what we could do in support of the Ukrainian people.

Like so many of us, everyone at Chigwell Group has been deeply touched by the plight of the Ukrainian people since the invasion by Russia.

Chigwell Group’s Chairman Dean Floyd says. “You couldn’t help but be affected by the images we were witnessing in the news every day. I was already looking at ways that we could help some of the people of Ukraine when I was approached by Jaymey McIvor, owner of Capital Flowers.

Dean continues. “Jaymey was planning a trip to one of the areas where evacuees were massing. He wanted to deliver urgent medical supplies and toiletries that his customers had collected and desperately needed a vehicle to transport the goods. It absolutely fitted in with what we wanted to do and I was delighted to be in a position to donate one of our fleet to him for the journey as well as helping cover insurance, petrol and ferry costs and his accommodation in Europe.”

Jaymey says. “As the coordinator of Essex Aid To Ukraine I approached Chigwell group as I know they are an incredibly generous business and I needed help getting the donations to the Ukraine border in Poland. I was overwhelmed by their incredibly generous ‘can do attitude’ without which I wouldn’t have been able to make this trip.”

Chigwell Group has a long history of donating and raising hundreds of thousands of pounds for good causes and charities which was highlighted by the hundreds of food hampers that the company delivered to members of the emergency services during the first Covid lockdown. 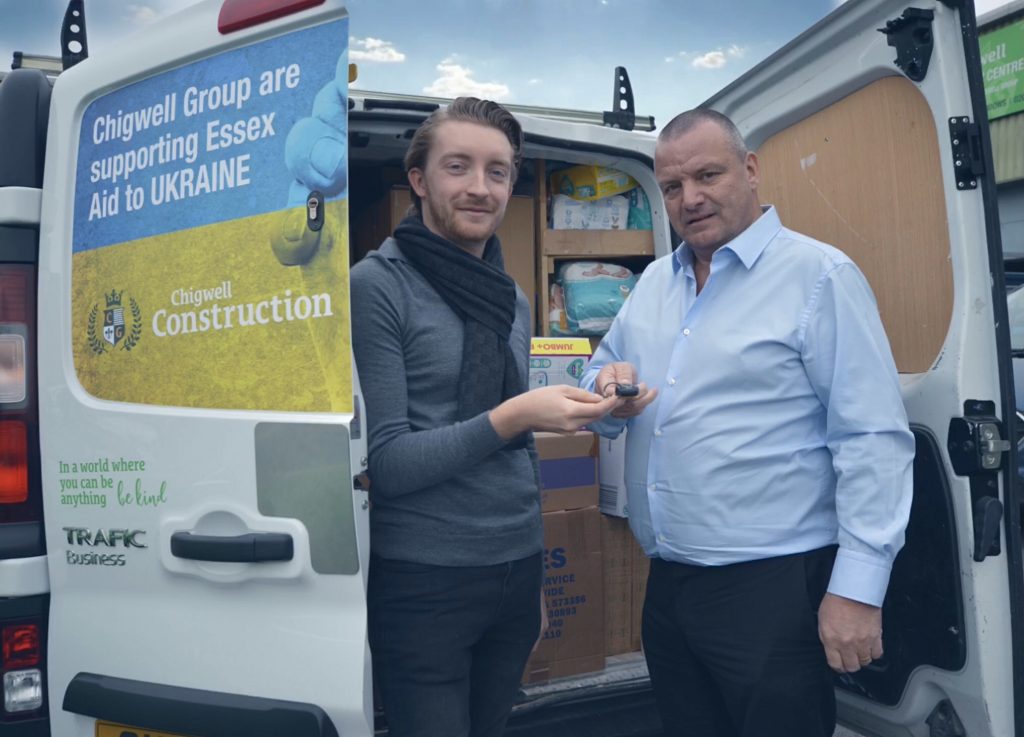 Jaymey and co-driver Mark set off late on Friday night arriving in Berlin at 06.40am “We got the Euro tunnel and drove through the night passing through France, Belgium, Holland and into Germany. Found the journey exciting as we passed the major cities during the early hours. Brussels, Düsseldorf, Hannover, Berlin. Mark drove Calais – Düsseldorf and I did Düsseldorf through Hannover and into outskirts of Berlin. Mark now back in the driving seat as we pass into the border of Poland. Just 467 miles to go until we reach Warsaw. Stopped briefly for some food last night and again in the early hours. Lots of coffee and fuel purchased so far.”

“Passing into Poland we had a clear run. Making progress in Germany so soon meant we were ahead of schedule. As we closed into Warsaw we were amongst other people who have shown initiative from across Europe. Waving and tooting each other as we closed in on Warsaw. A huge sense of comradeship with others. The closer we got to Poland people were waving at us recognising the purpose of our trip because of the Chigwell Van design.”

Arrival at the Centre:

“We arrived at the Warsaw distribution centre in the afternoon, here we met the volunteers and our contact person Olga. Olga and her team are from Warsaw Centrum International Lions and have been co-ordinating donations to go directly into Ukraine to the Hospitals and other key humanitarian locations. As we unloaded the volunteers were impressed with the volumes of donations we had and were impressed by the Chigwell Group and Capital Flowers initiative. Two Essex businesses working together to help those in need at a difficult time. There were thousands of medical items and toiletries donated including nappies which Olga confirmed would be going straight to their contacts in the Ukrainian Hospitals and civilian areas.”

Jaymey and Mark and the Chigwell Group van boarded the ferry back to the UK late Sunday evening after their epic two day round trip to Poland delivering aid to Ukrainian Refugees. 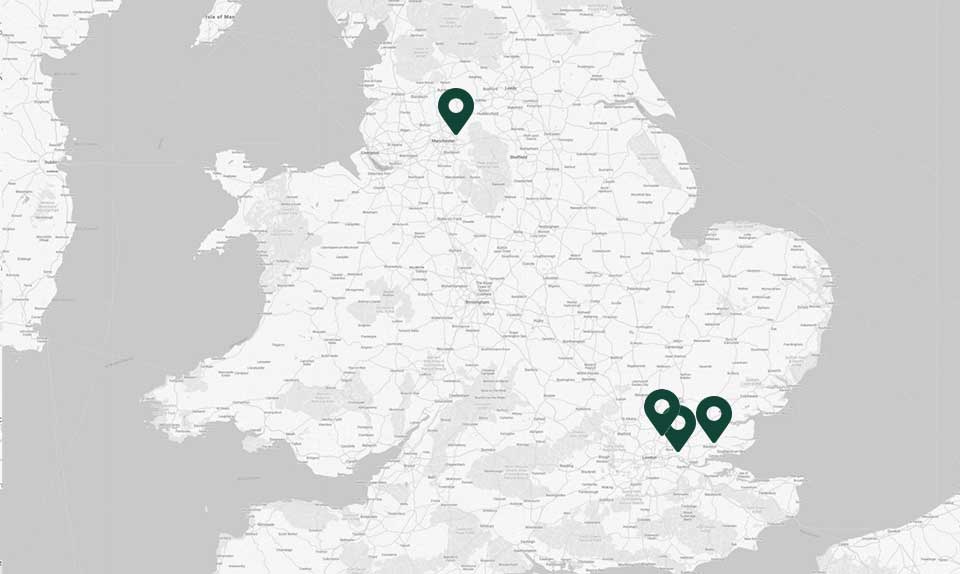 Double Glazing in Essex and the South East

Chigwell Window Centre offer a range of home improvements to homeowners in Essex and the surrounding areas and trade in Manchester. Whether you want premium bifold doors or high-quality uPVC windows, we have something for everyone. Start your free online quote today and get a competitive double glazing cost.